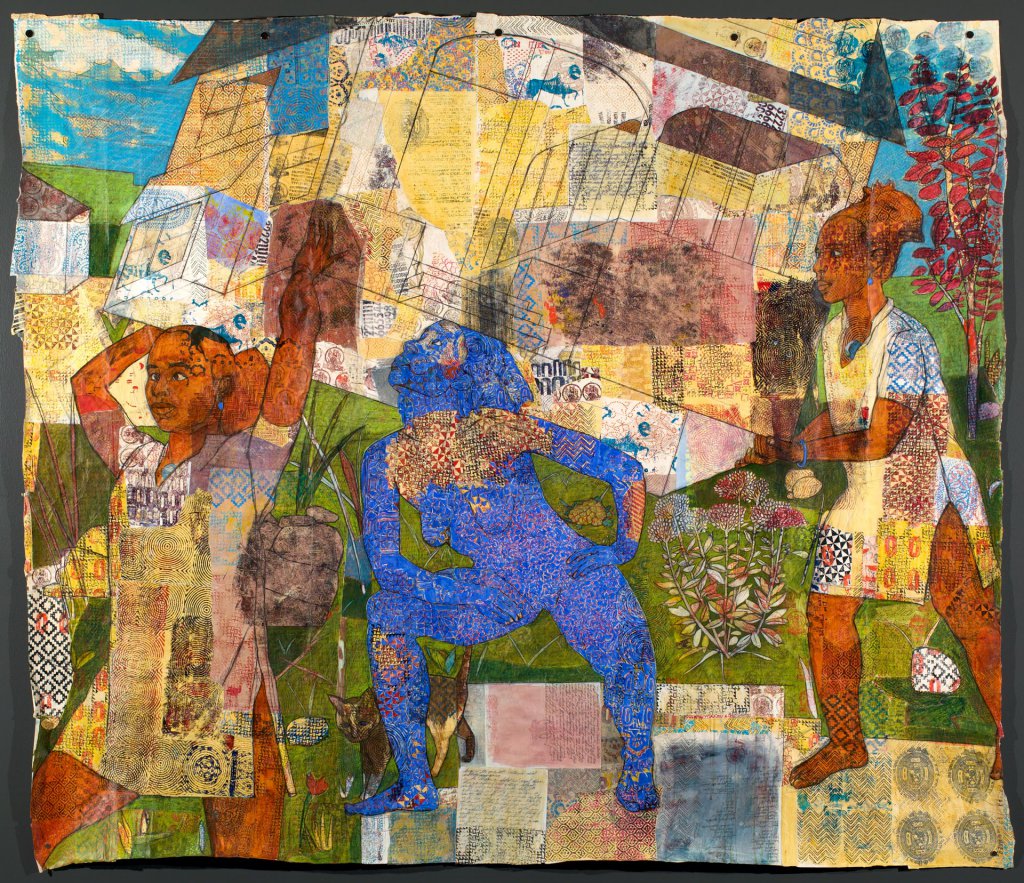 Convinced that identity is something each human being must self-invent via acts of intercultural ‘bricolage,’ in her works Mequitta Ahuja outlines a personal cosmology through the appropriation and fusion of heterogeneous and transcultural sources. Her painting style is characterized by female figures of color, who, albeit always her self-portraits, go beyond the traditional concept of the portrait as the description of the social context one belongs to.

To make these self-portraits the artist uses a process that she calls “autocartography” (hence Autocartography III). This is a process that maps the artist’s identity and heritage and that she carries out by drawing upon her Indian, African, and American roots, and combining allusions to religious iconography, popular mural paintings, ancient illuminated manuscripts, and Hindu miniatures. By merging non-Western artistic canons with Western ones, she adds her multiple identity and cultural experiences to the inner part of a universal art history.

Mequitta Ahuja is the recipient of the 2018 Guggenheim fellowship award. She holds an MFA from the University of Illinois. Her museum exhibitions include Portraiture Now, Smithsonian National Portrait Gallery; Marks of Genius, Minneapolis Institute of Arts; State of the Art, Crystal Bridges; Global Feminisms, Brooklyn Museum; The Bearden Project, Studio Museum in Harlem; Riffs and Relations, Phillips Collection. Mequitta’s work has appeared in “Modern Painters” and the “New York Times”. In 2010, she was featured in “ArtNews” as “An Artist to Watch.” On June 1st, 2007, Holland Cotter of the “New York Times”, sighting her NY debut exhibition stated, “Referring to the artist’s African-American and East Indian background, the pictures turn marginality into a regal condition.”