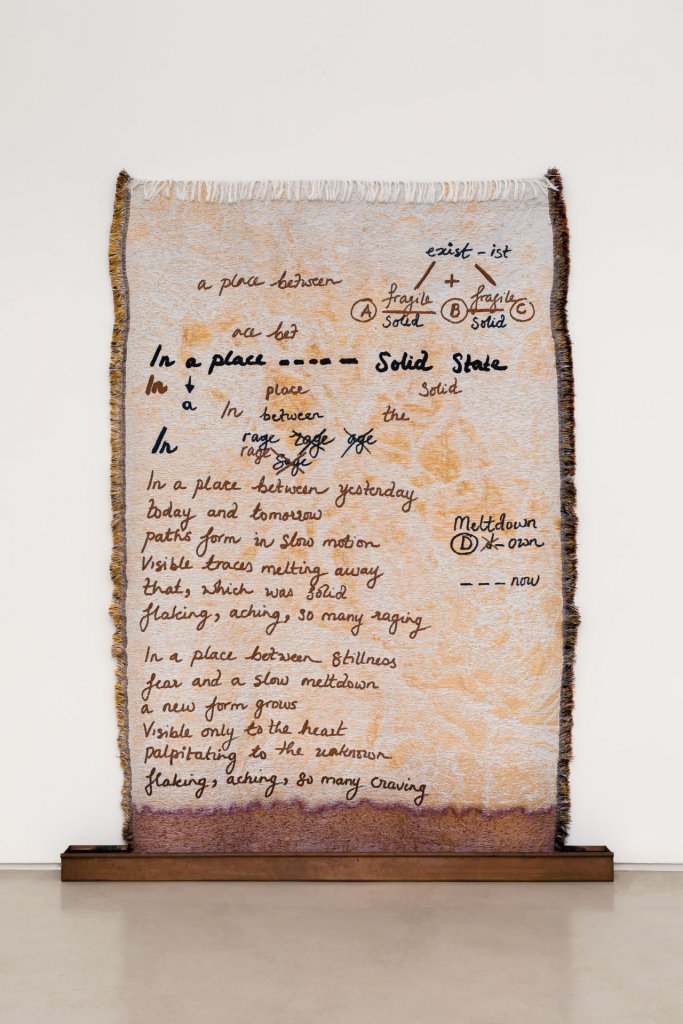 Otobong Nkanga reflects on how social identities are multiple and constantly evolving, to the extent that it is impossible to talk about a specific and static identity without taking into account the impact of colonialism, the exchange of merchandise, goods, people, culture. By exploring the notion of the Earth as a place of non-belonging, Nkanga refutes the notion of social identity, bringing to light the processes for which the raw materials are extracted locally, technologically elaborated, and then disseminated at a global level.

In the work In a Place Yet Unknown, a tapestry features the interweaving of a poem by the artist about transformation. The lower part of the tapestry is immersed in black ink, contained in a small metal vat: by filtering through the fabric of the tapestry, the ink gradually changes color and makes the poem interwoven therein invisible. The process of the material transformation of the tapestry is the metaphor for the continuous process of transformation of every society. Albeit apparently supported by stable values, it is actually constantly changing and capable of generating new forms of life from decadence.