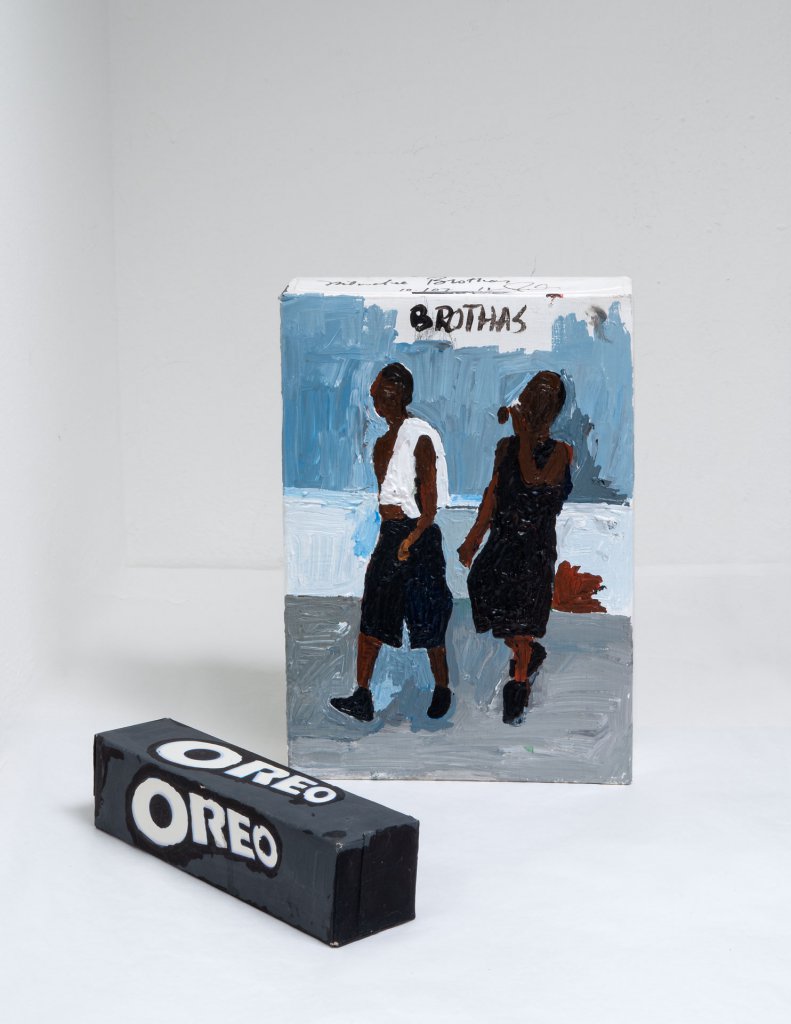 Henry Taylor is famous for his portraits on canvas, but also on any other type of support (such as the boxes of commercial products by the Milwaukee Brothas), in which he describes the history and the condition of the African American population in the United States.

Henry Taylor lives and works in Los Angeles. Taylor’s work has been the subject of numerous exhibitions in the United States and internationally, and it is in prominent public collections including the Bourse de Commerce – Pinault Collection, Paris; Carnegie Museum of Art, Pittsburgh; Fondation Louis Vuitton, Paris; Hammer Museum, Los Angeles; Metropolitan Museum of Art, New York; San Francisco Museum of Modern Art, San Francisco; Whitney Museum of American Art, New York. Taylor’s work was presented at the Whitney Biennial at the Whitney Museum of American Art, New York in 2017 and the 58th Venice Biennale in 2019. In 2018, Taylor was the recipient of The Robert De Niro Sr. Prize in 2018 for his outstanding achievements in painting, and the Museum of Contemporary Art in Los Angeles is preparing a major survey exhibition for 2022.