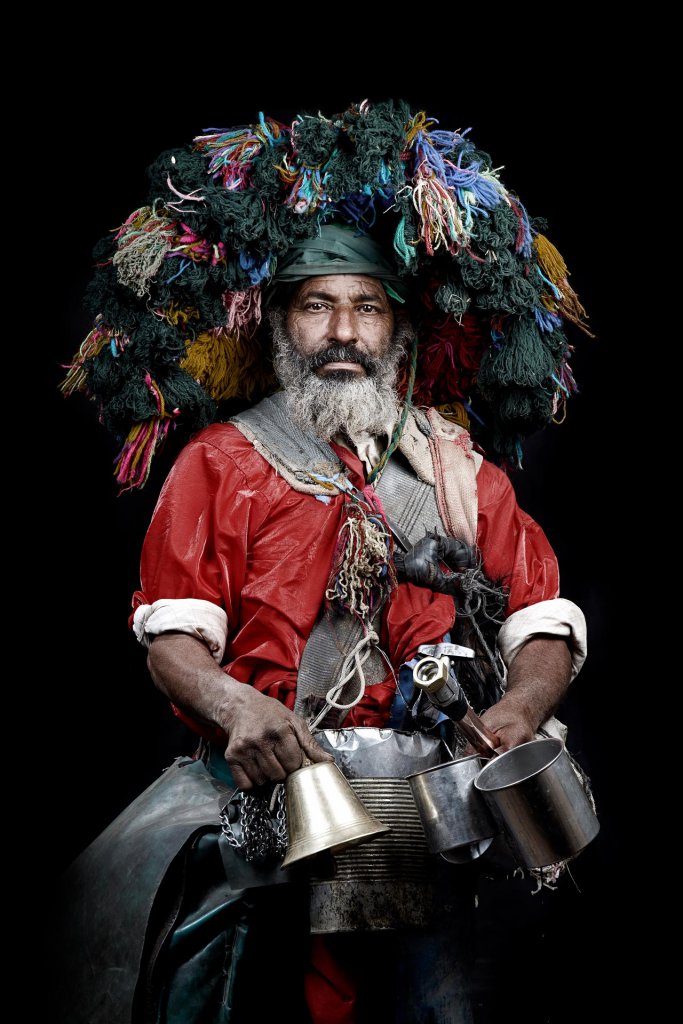 Leila Alaoui’s research is focused on the concept of cultural heritage and identity aimed at documenting the complex social reality from which she comes: Morocco.

This is shown by Souk de Boumia, Moyen-Atlas is part of the photographic series entitled Les Marocains, made up of portraits of women, men, and children of different ethnic groups, thus constituting a visual archive of the local customs and traditions that risk becoming extinct. To make this series the artist traveled through the rural areas of Morocco with a portable photographic set seeking to emphasize, for each subject photographed, their pride, dignity, and the fact that they are a vehicle of centuries-old traditions.

The artist, photographer and video artist Leila Alaoui studied photography at City University of New York. Her work explores the building of identity, cultural diversity, and migration in the Mediterranean area. She used photography and video to express various social realities through a visual language lying on the boundary between the documentary and the plastic arts. Alaoui’s humanitarian commitment included various photographic missions for prominent NGOs, such as Search for Common Ground and HCR. In January 2016, while working on an Amnesty International commission about women’s rights in Burkina Faso, Leila Alaoui was seriously wounded in terrorist attacks in Ouagadougou. She did not recover, and died on 18 January 2016. The Fondation Leila Alaoui was set up to preserve her work, defend her values and inspire and support artists working to promote human dignity.