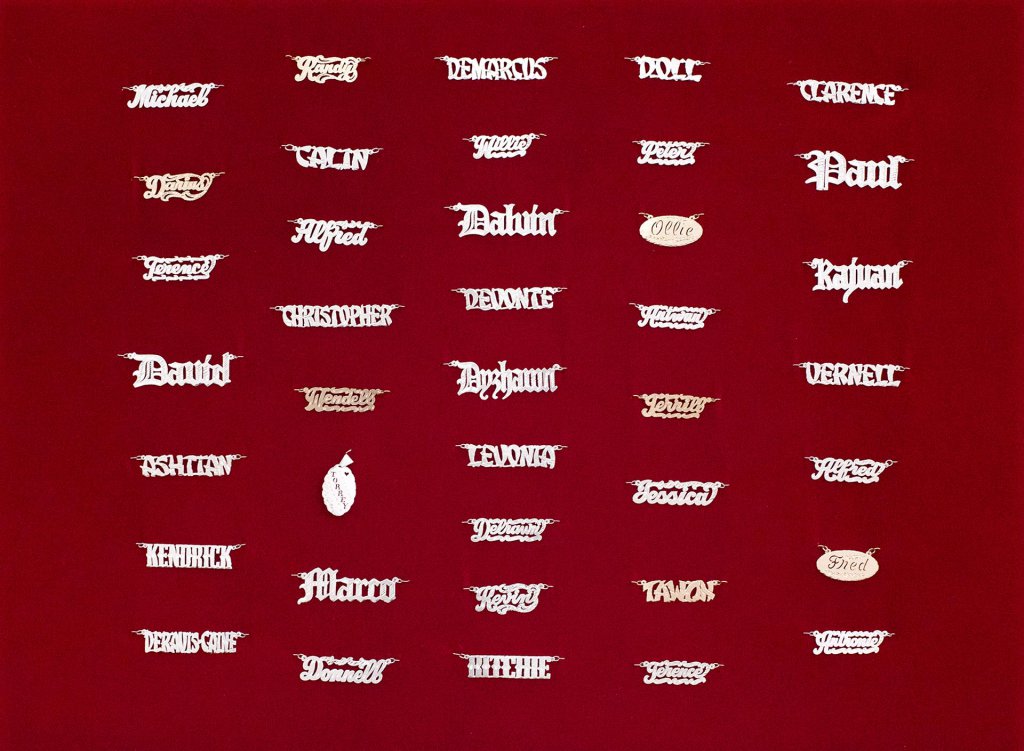 Gold and silver nameplats on jewelry board
45,7 x 61 cm
Ed. 1/2 of an edition of 2
[Photo: Courtesy Azikiwe Mohammed]

The African American artist Azikiwe Mohammed focuses his work on the needs and subjectivity of people of color in the United States, casting light on how likely it is, unfortunately, for them to die at the hands of the police.

Unarmed (2016) consists of a jewelry board with gold and silver plates with the names of unarmed Black people who were killed by the police in 2016. The difference between the gold and the silver plaques depends on whether or not they were in police custody at the time of their death.