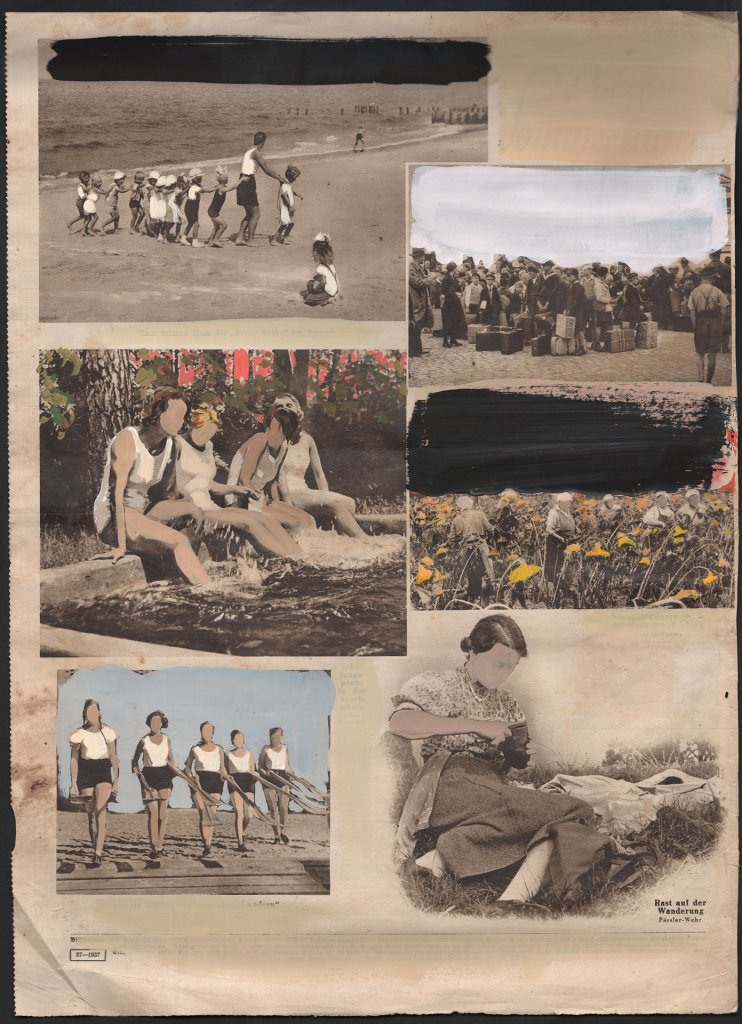 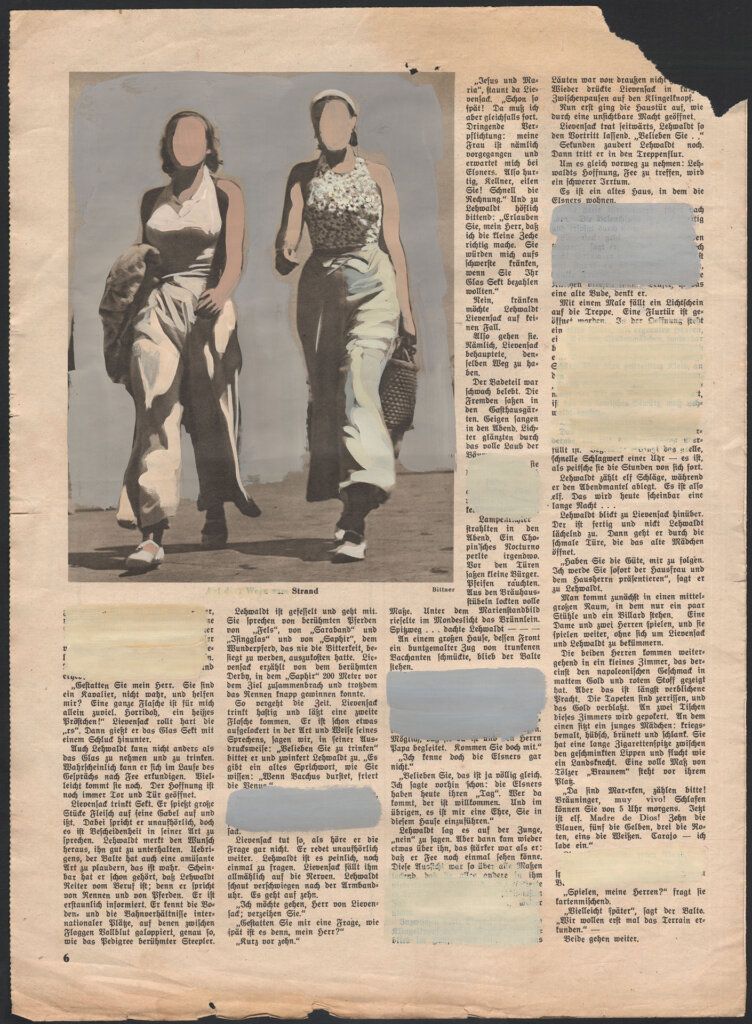 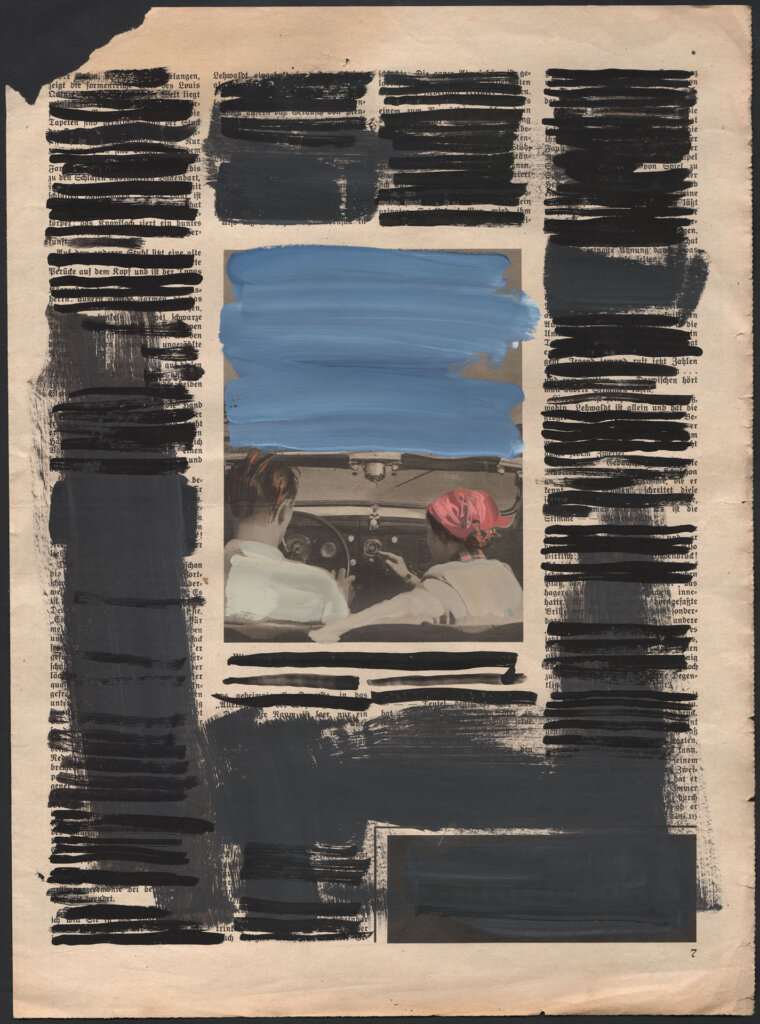 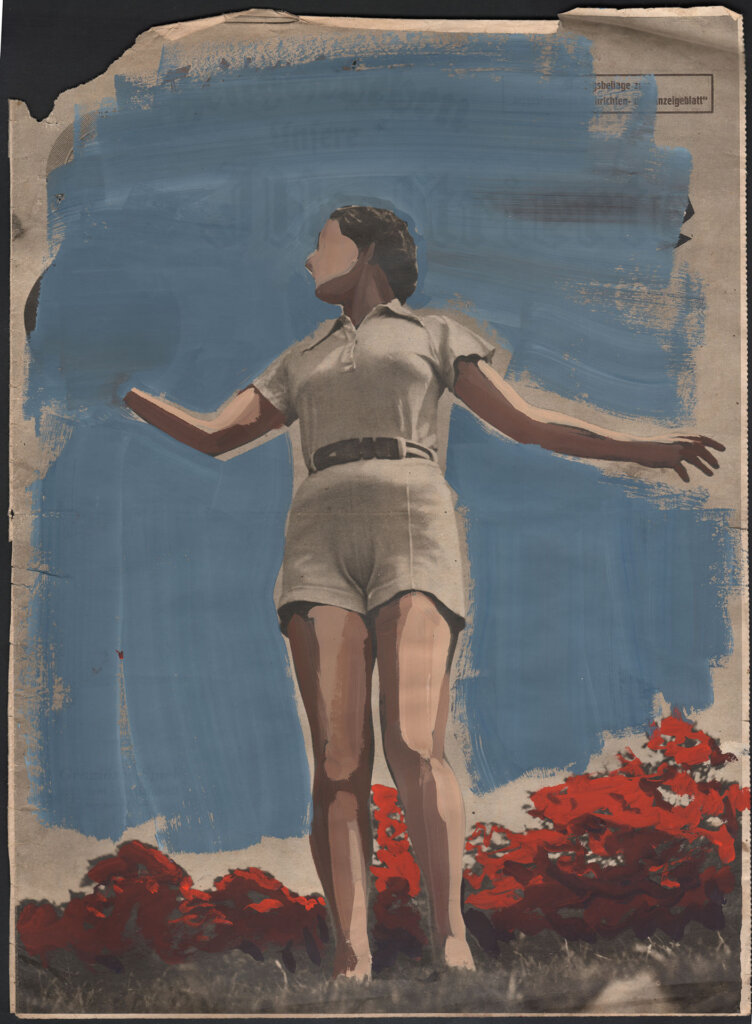 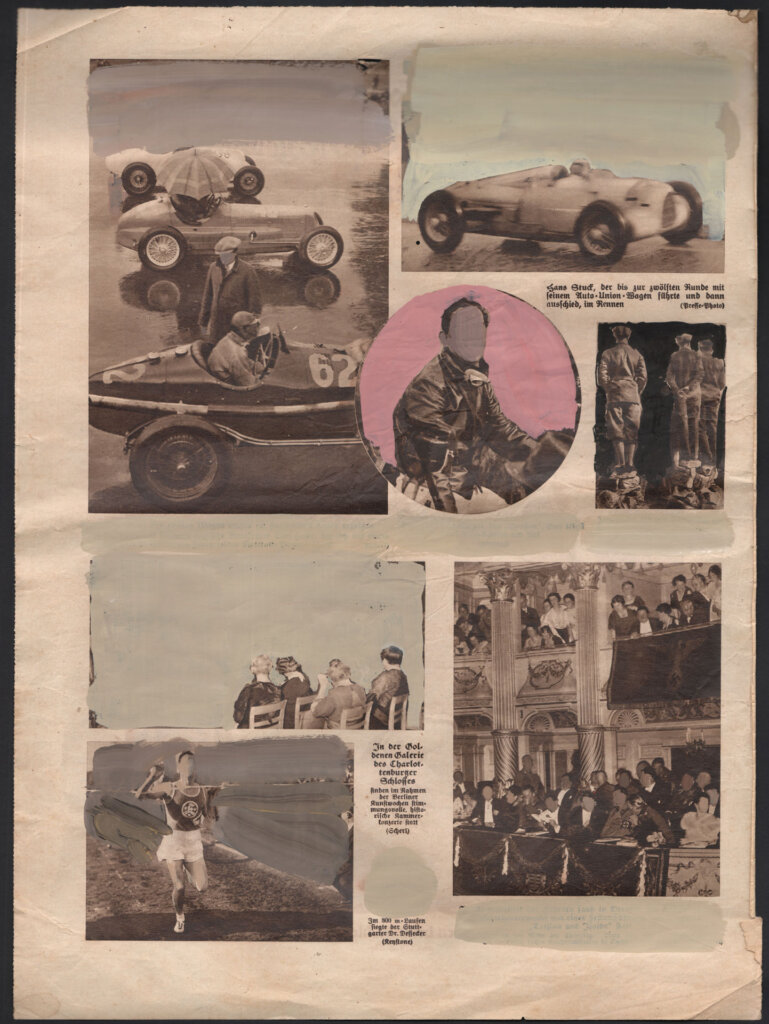 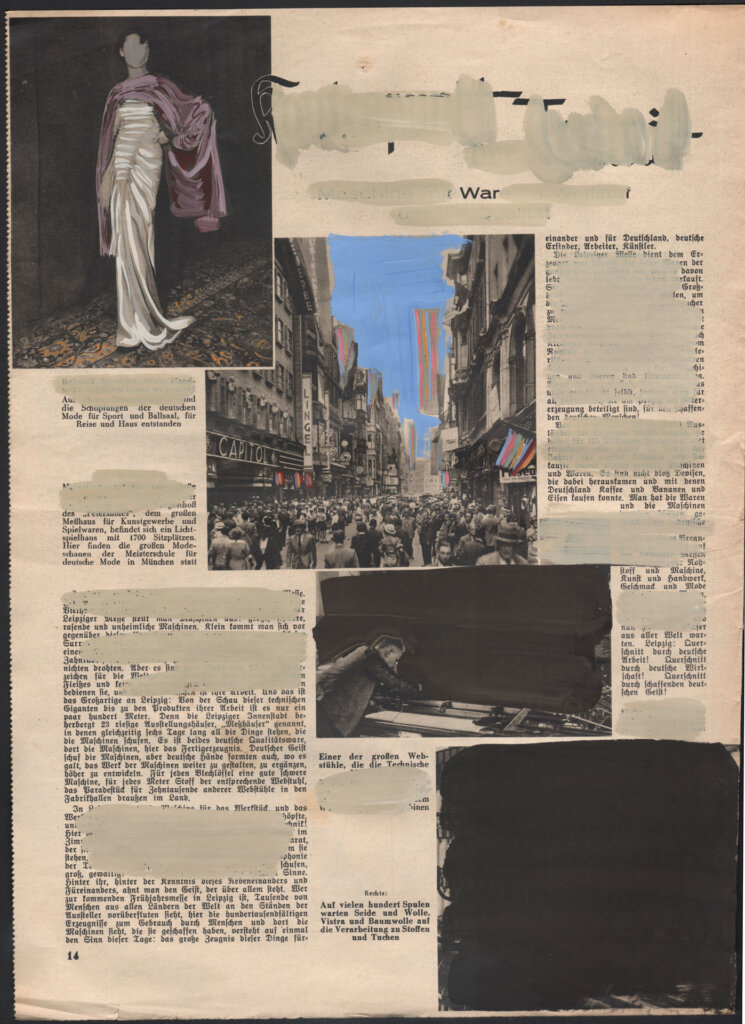 The distinctive feature of the works of Gideon Rubin is the deletion of the faces of subjects reproduced in advertising, old magazines, photographs, and other printed materials collected by the artist.

Untitled was showcased in 2016 at Rubin’s solo exhibition hosted by the Freud Museum in London. During a visit to the museum the artist thought back to when, in 1938, Freud was forced to migrate from Vienna to London to flee Nazi persecution, and he wondered what magazines looked like at the time, before the war. After finding several copies, he intervened by covering some parts. While doing this work he became aware of the close relationship between Freud’s story and his own family’s. Just as Freud had fled Vienna in 1938, the artist’s grandparents on his mother’s side fled Romania in 1939 from Nazi  ìpersecution. His father was the only one of his twelve brothers to survive the violence of the Holocaust.