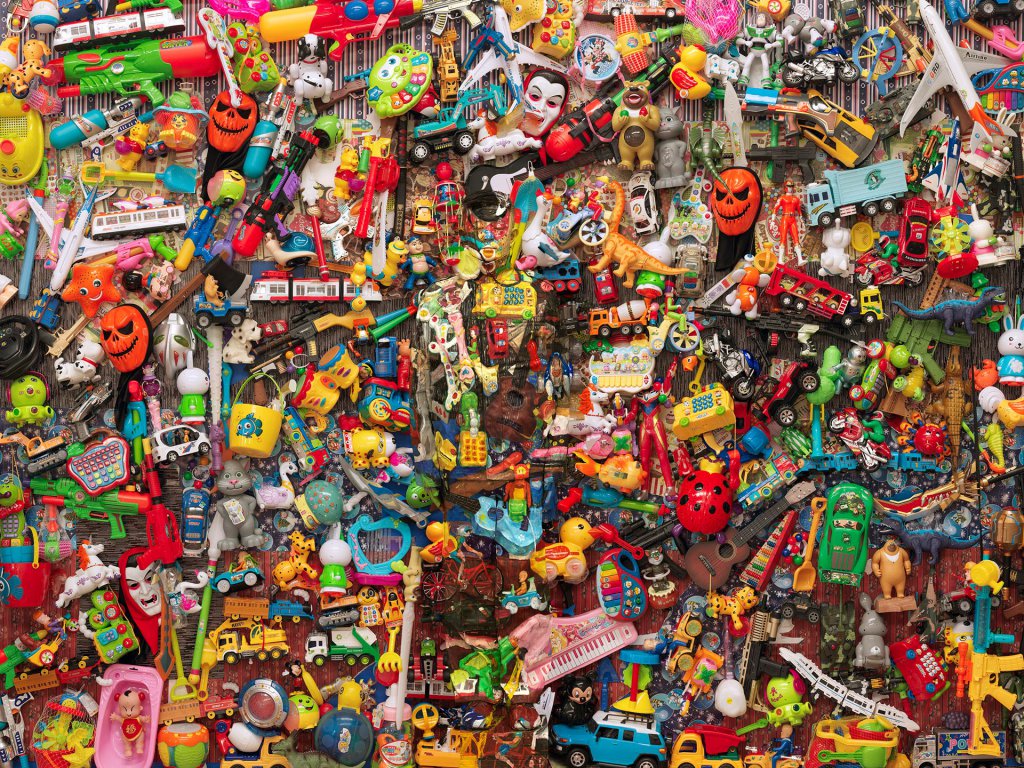 Plastic Toys is part of the photographic series Hiding in the City in which Liu Bolin portrays himself in three parts of the city, after painting his body into the surrounding space. This type of work began in 2005 when Suojia Village in Beijing, the village of independent artists where Liu Bolin lived, was pulled down by the authorities. On that occasion the artist decided to paint himself into the village to demonstrate his belonging to that place. Nonetheless, the act of camouflaging himself became an input with which to reflect on the universal theme of the relationship not just between freedom of thought and political power, but also between humans and nature. Hence, Plastic Toys, in which the artist hides himself in an endless number of plastic toys for children, alluding to the dramatic situation of the world today, caused by consumerism and scarce interest in environmental eco-sustainability.

Liu Bolin studied sculpture at the Central Academy of Fine Arts in Beijing. Currently he lives and works in Beijing. Inspired by his powerful visual messages, artists and institutions and organizations such as The Louvre, Harper’s Bazaar Magazine, Centre Pompidou, Ruinart, Moncler, Fred, Renault, JR, Carlos Cruz-Diez, Jon Bon Jovi, Kenny Scharf, have invited Liu Bolin to collaborate on creative projects. In 2015, Liu was selected by the United Nations-backed campaign The Global Goals to create an image that conveyed 17 goals – including ending poverty, encouraging sustainable development and fight inequality and injustice – where he hid himself within 193 flags of the world. In 2016 he participated in a collaboration with Annie Leibovitz and Moncler for their Spring/Summer 2017 Campaign.