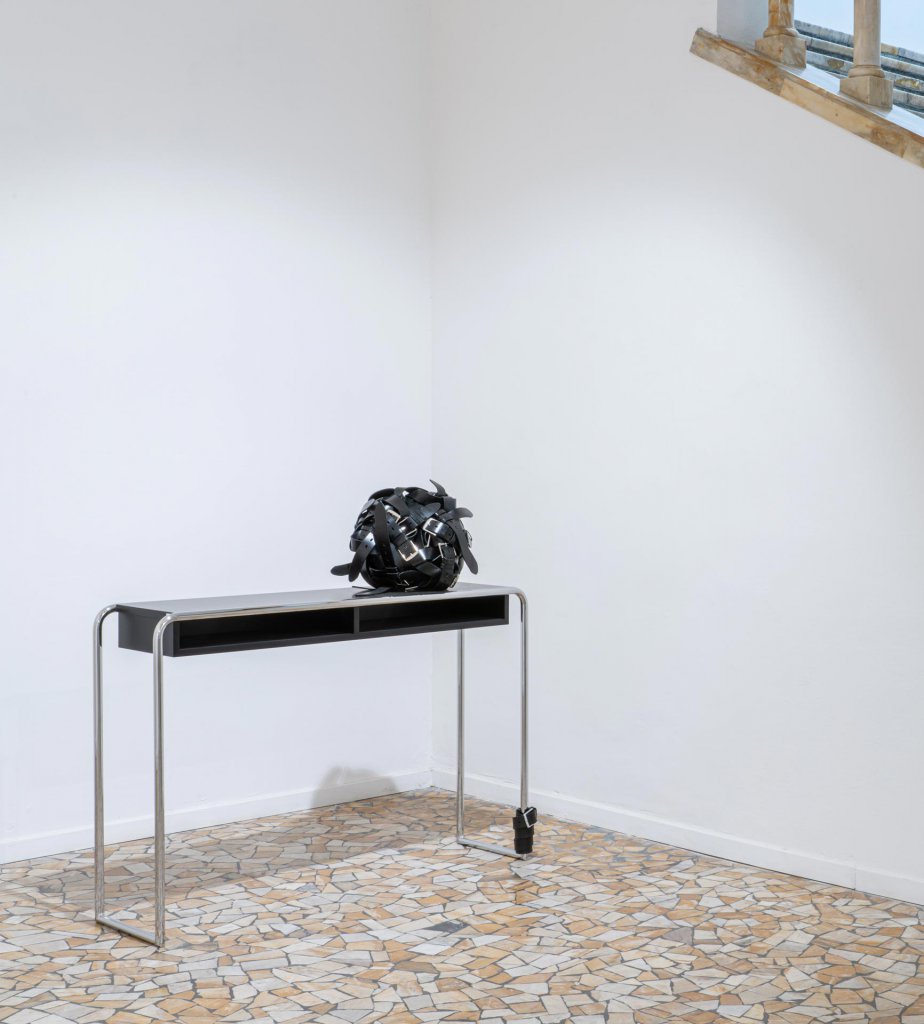 Home Is Where You Leave Your Belt consists of a Thonet B 108 console table, created in 1930/31 by Michael Thonet, a leading Austro-Hungarian cabinetmaker, thus alluding to a specific male-oriented world – that of the Bauhaus. On the console table, which is made of lightweight bent tubular steel, the artist placed a large, heavy skein of black men’s belts in bronze, exactly the same as the belt that is wrapped around the lower part of one of the piece of furniture’s steel legs. What is evoked here is a multitude of men who, having entered the domestic space, removed their trousers, suggesting a state of male predominance and the possible abuse and violence by men against women.