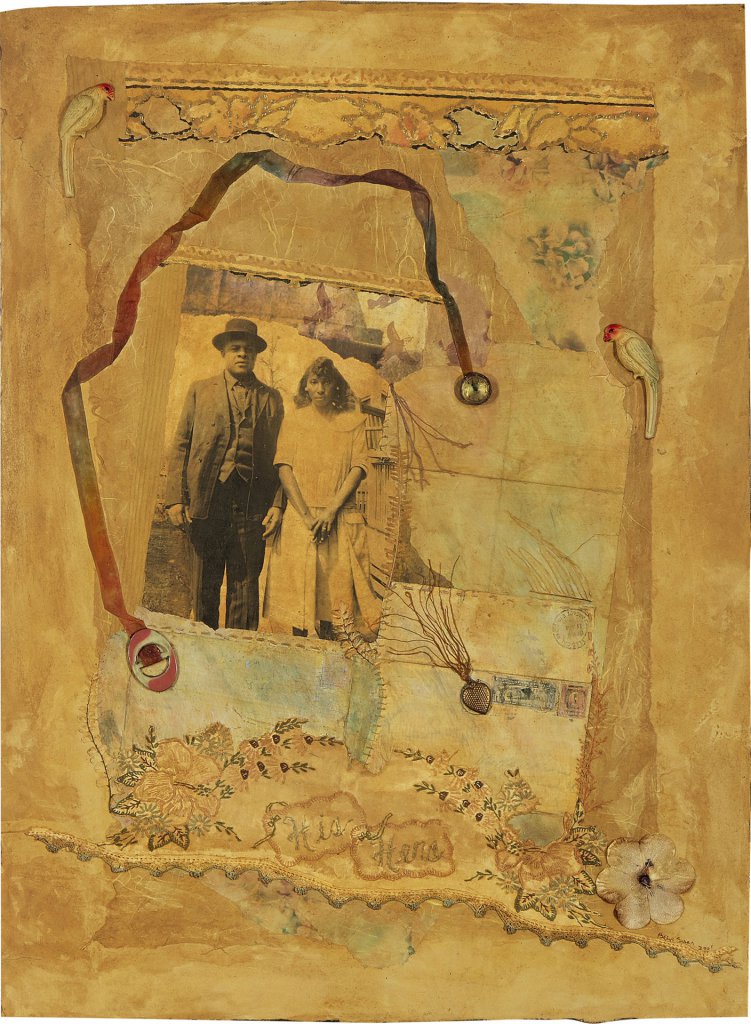 In his collages made from recycled materials, Betye Saar reflects on the issues, particularly sexist and racial ones, deeply rooted in American culture.

Honey was included in the solo show Colored – Consider the Rainbow at the Michael Rosenfeld Gallery in New York (2002), aimed at revealing a different form of racism that exists within the community of color. The title Honey, as well as those of the other works in that exhibition (Cream, Blend, Sandy, Miss Ruby, Brown, Molasses, Coffee and Blackbird) correspond to the names that African Americans still use today to describe each other based on the color tone of their skin, lighter or darker. This custom, known as the “Skin Game,” and that spread throughout the slave plantations, demonstrates for the artist that defining ourselves and others based on our skin color means allowing for the perpetuation of that same slavery.

By using xerox copies of the photographs of African Americans with different skin tones, along with images found featuring similar tones, on the one hand, Saar underscores the injustice of judgment linked to the color of one’s skin, and, on the other, reveals the beauty of the heterogeneity of African Americans.