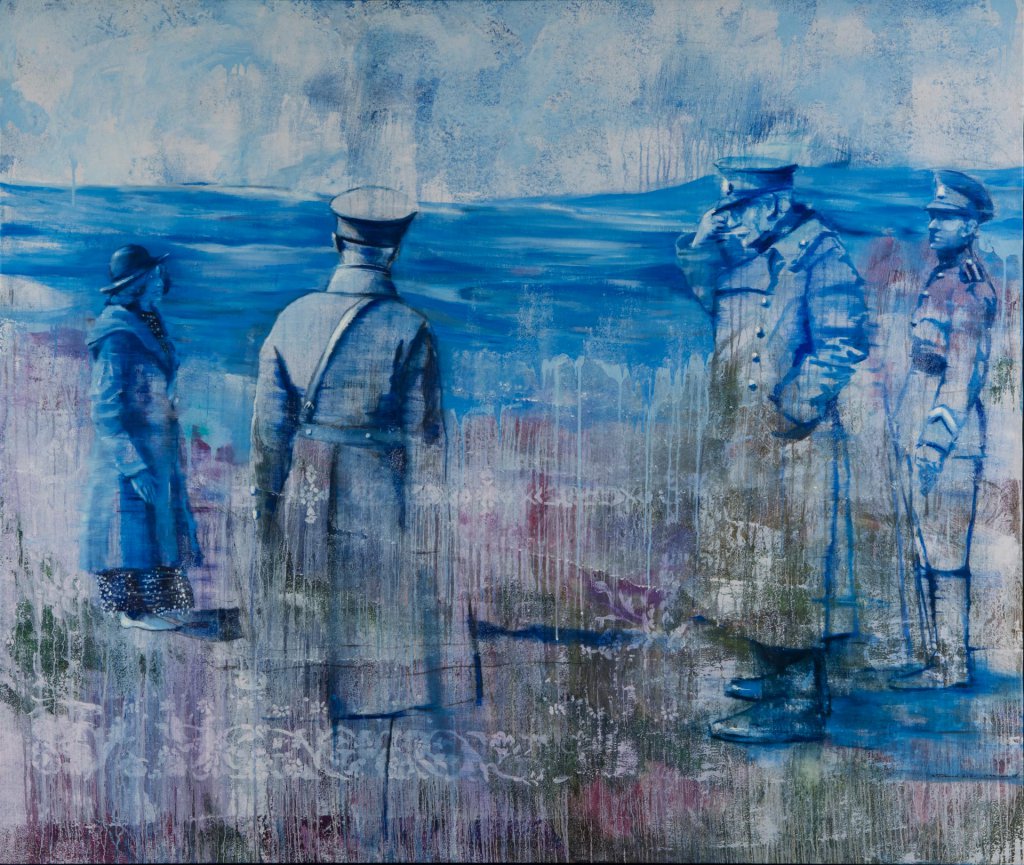 Soudeh Davoud was among the thirteen Iranian artists included in the exhibition curated by Shirin Neshat and organized by the Center for Human Rights in Iran (CHRI), entitled A Bridge Between You and Everything.

It was held in 2019 in High Line Nine in New York. Honor is part of a series of paintings entitled Vaghaye Ettefaghiye that, like all of the artist’s research, tells the stories of women who were and are around her, who were and are fighters in patriarchal societies, but who have never been talked about. Vaghaye Ettefaghiye refers to Iran’s historical events, recalling the heroines who fight constantly for their country and their right to live.

Soudeh Davoud began her career with the Aun Gallery in Tehran under the management of Afarin Neysari. She is currently the featured artist at Mah Gallery and the Iranian Contemporary Graphic Designers Festival. To date she has presented four solo exhibitions in Iran and Europe, as well as a recent group show in The High Line Nine in New York, curated by the artist Shirin Neshat (in 2019). She exhibited at Palazzo Bastogi in Florence, curated by Middle East and Europe Specified Institute of Contemporary Arts (SAFPEM, in 2018); and at the Asia House in London, curated by Capital Art Society (in 2018). In 2020, Soudeh was selected as The Women Artists Who Deserve Our Attention, According to 9 Leading Artists from “Artsy Magazine.” In 2021, she was selected among the ten women artists of the show at Janet Rady Fine Art Ltd in London.