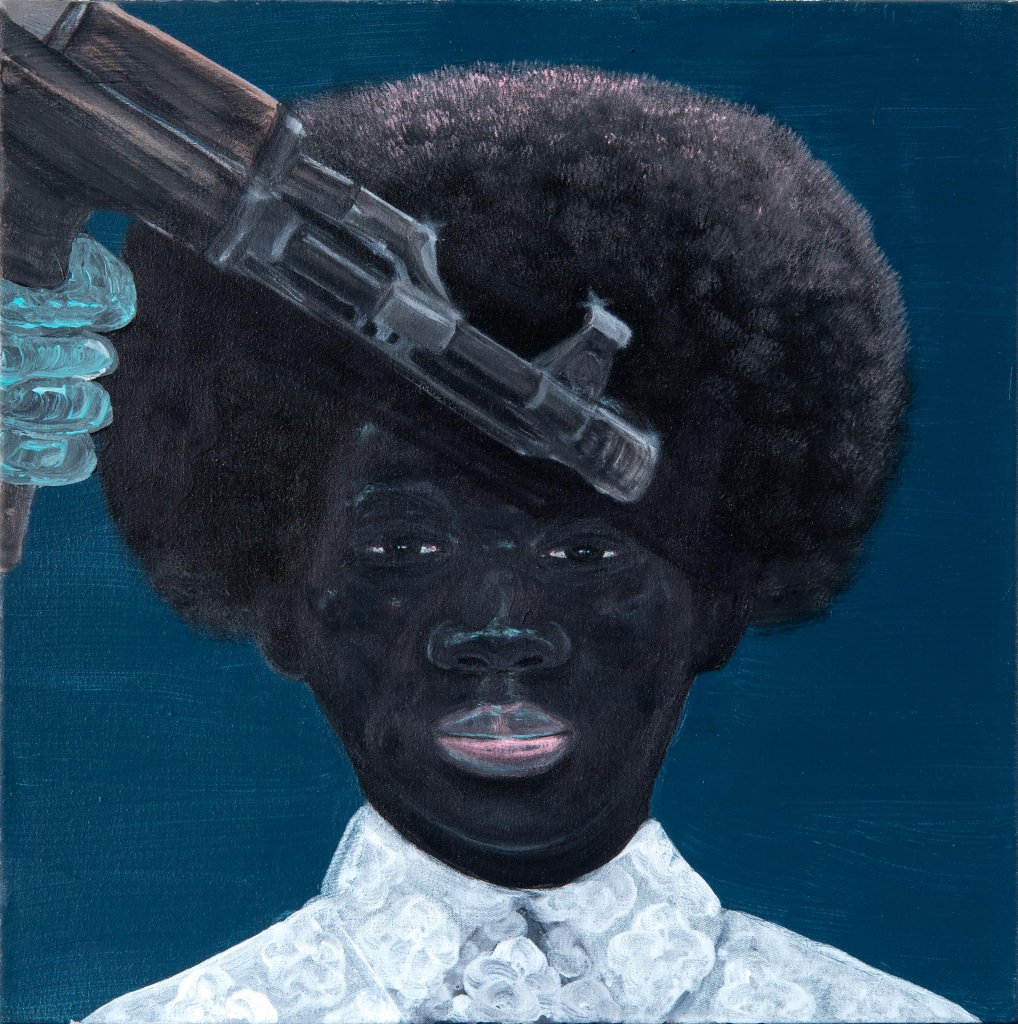 Initially dedicated to the self-portrait, Woder Buhle Mbambo has gradually increased the number of subjects portrayed for the purpose of telling a broader story, the tragic one of post-apartheid South Africa, still characterized by violence and abuse.

Abaziyo ukuthi inkomo iyashayelwa ubisi lwayo, the phrase the title of the work Inkomo iyashayelwa ubisi lwayo comes from, is borrowed from Chapter 11 of the book by Uthando Lwemali Luyimpande Yesono: “For a few hours Thobeka had been in the shower. Those who knew her said that the cow had been milked. And Thobeka was very hurt, and they called her an idiot because she refused to sell her body to men. […] Even though she wants to escape it isn’t easy. She stays the same. She is filled with blood.” The work thus refers not just to the difficult condition of women of color in South Africa, who are often forced into prostitution and are the victims of violence and abuse, but also to the entire population which is a victim of acts of power and abuse.

Wonder Buhle Mbambo is a South African visual artist from kwaNgcolosi in KwaZulu-Natal. Mbambo received his formal training in 2010 through a visual arts residency at the BAT Centre, a non-profit community arts and culture organisation based in Durban. He studied Fine Art, under the mentorship of Themba Shibase at the Velobala Apprenticeship Program at Durban University of Technology (2011-2013). In 2016, Mbambo was the recipient of the Bremer Kunststipenium Art Grant. He has participated in group and solo exhibitions in South Africa, the UK, Germany, and Switzerland. Mbambo’s most recent solo exhibition COMFORT (2020-2021) was held with BKhz Gallery, South Africa. His current body of work, hosted by Galerie Ron Mandos, Amsterdam, is part of a duo exhibition titled Re(Pose) (2021).