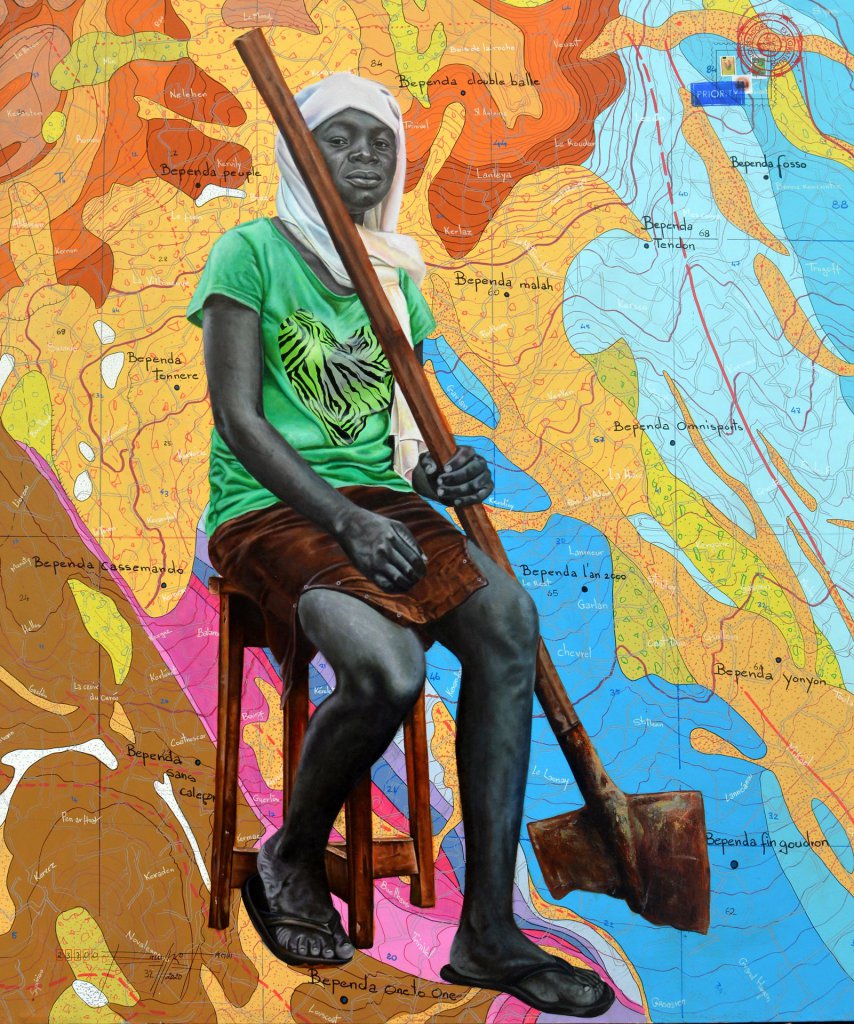 In his work Jean David Nkot ponders the indifference and passiveness of communities and international governments before victims of every type of violence, especially focusing on the theme of migration.

#life in your hands# is one of the many paintings in which the artist portrays in detail a migrant worker (in this case, the worker is a female worker) with his work tool. In the back are painted maps with the names of the individual countries, the relative borders, as well as the names of the minerals present in the territories where migrant workers are active. Hence, the maps refer to the places that a migrant tries to reach to be able to work, often failing to cross their borders. His figure in the foregrounds looks at us, asking us about the dehumanizing conditions of migrants in the world and leading us to release these victims and break the veil of indifference toward them also on the part of the Authorities.

In 2010 Jean David Nkot got a painting A-level at the Institute of Artistic Training of Mbalmayo (IFA) before joining the Institute of Fine Arts Foumban, where he obtained a degree in drawing / painting. In 2017 he joined the Post Master Moving Frontiers organised by the National School of Arts of Paris-Cergy (France) on the theme of borders. Throughout his training in the fine arts of Foumban he received several artistic distinctions (Best sculptor, installer and painter). He exhibited in solo shows, including at the 1-54 Marrakech, Marrakech, Morocco; Alliance Française de Nairobi, Nairobi, Kenya; World bank, Cameroon; National museum of Cameroon, Yaounde, Cameroon; Léopold Museum, Vienne, Austria.