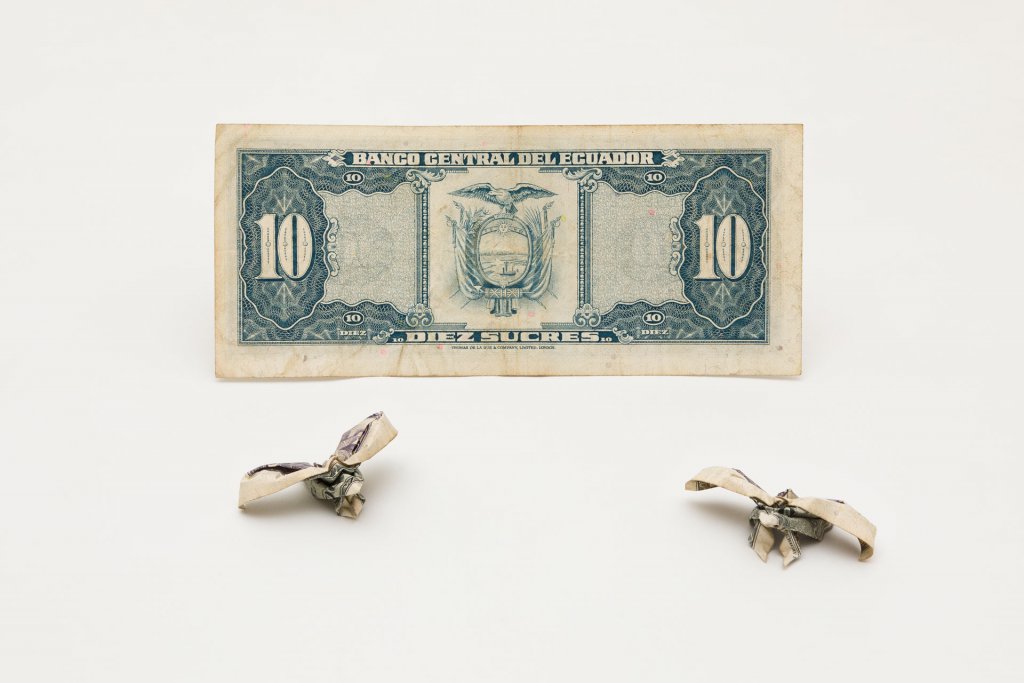 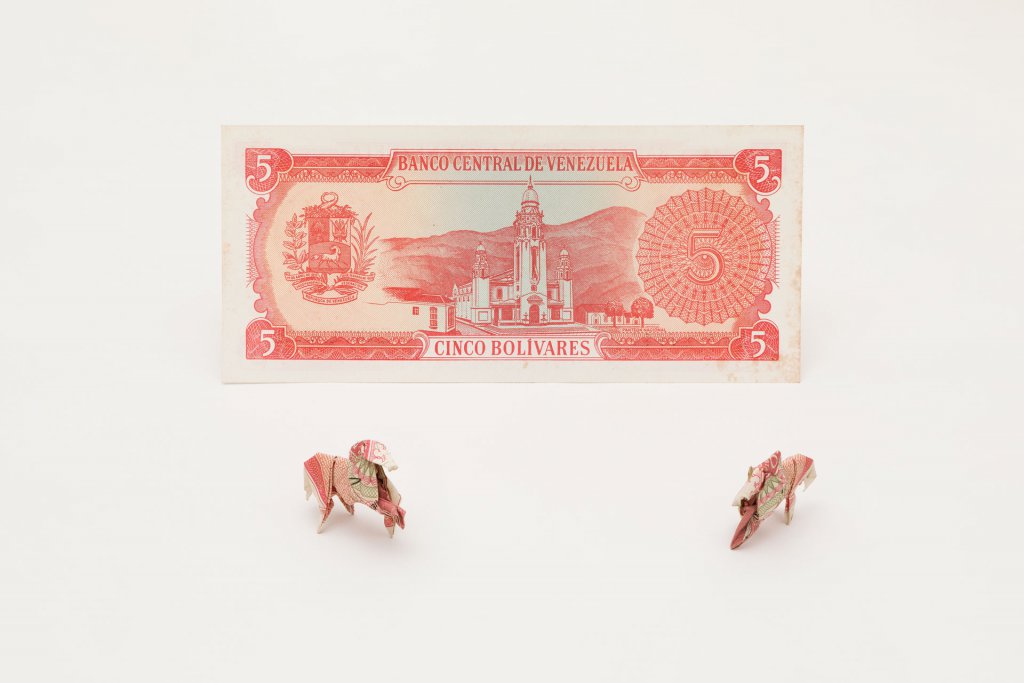 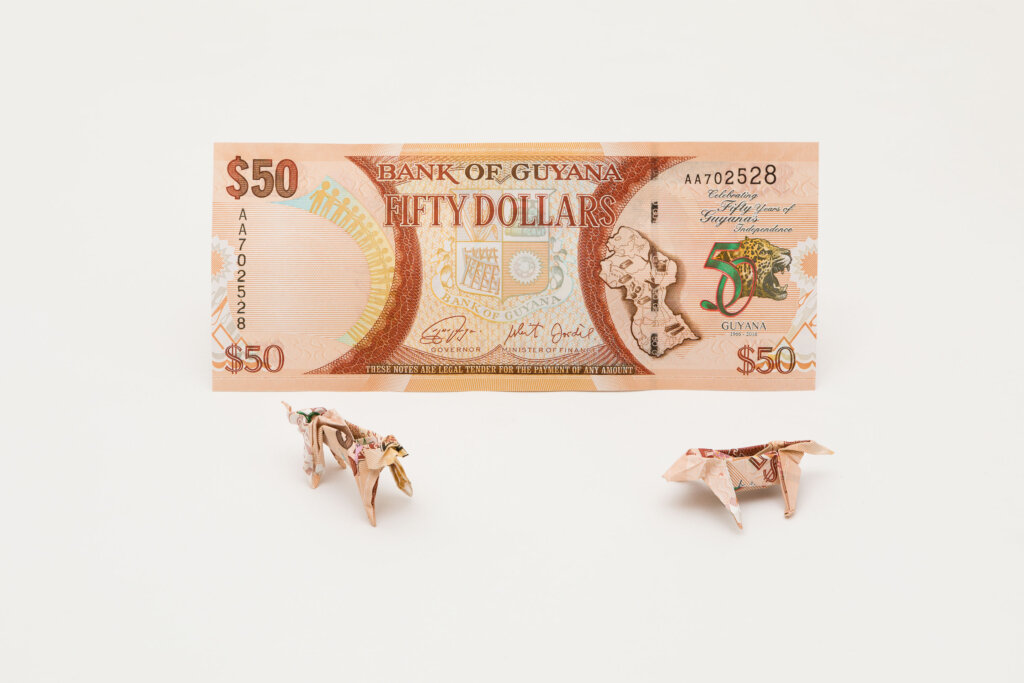 For over a decade Paulo Nazareth was at the front line as concerns the conservation of the environment, especially in Brazil, in North and South America, and in Europe, reflecting on the exploitation and the commodification of the natural world.Bestiary of Capital consists of bills found and collected by the artist during his continuing nomadic journey around the world.

Each bill represents one or more animals that are of symbolic and identity-related value for the people making the currency, but most of which are extinct. Metaphorically, Nazareth brings them back to life by creating origamis that reproduce their exact form, using the same bills that portray them. By evoking the capitalist system based on money and symbol-images (stamps), the artist also refers to a third element that belongs to this system as well: debt, but in this case conceived as the indebtedness of human beings toward the natural world that they have exploited to such an extent that the lives of animals have been commodified.