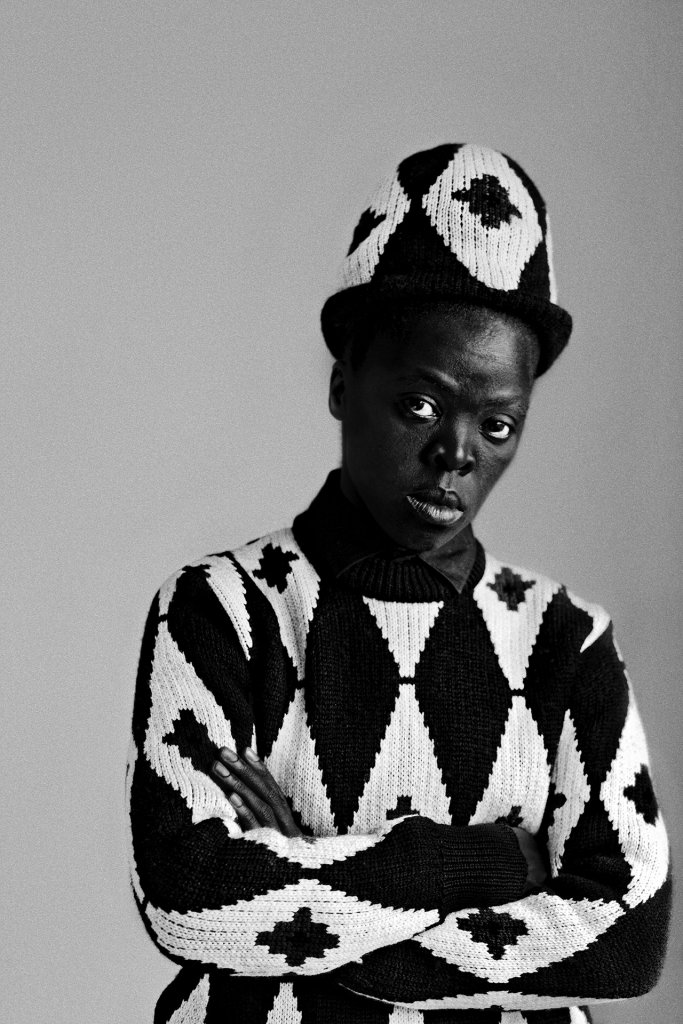 Zanele Muholi is co-founder in 2002 of the Forum for the Empowerment of Women (FEW), an organization of lesbian women of color that offers a safe space for them to meet. In her research this artist focuses on gender, sexuality, and race issues, especially paying attention to lesbian women of color who in Africa are often murdered, raped, rejected.

Muholi Muholi, Room 107 Day Inn Hotel, Burlington, Vermont is part of the photographic series of 365 self-portraits entitled Somnyama Ngonyama (Acclaim the Black Lioness) in which the artist, for a whole year, portrayed herself. In the title of every photograph Muholi also includes the name of the place in the United States where it was taken, as if in a sort of diary of her life that year. In every shot she poses as a lesbian woman of color who makes eye contact with the viewer, revealing an unshakeable look of strength, self-conscience, and determination. By reserving the right to occupy the scene with her own body, which is inevitably political, she explores themes such as racism, Eurocentrism, feminism, and sexual politics, stressing the need to decolonialize the imaginary, historically monitored and directed by a Western, white, male, and heterosexual vision.