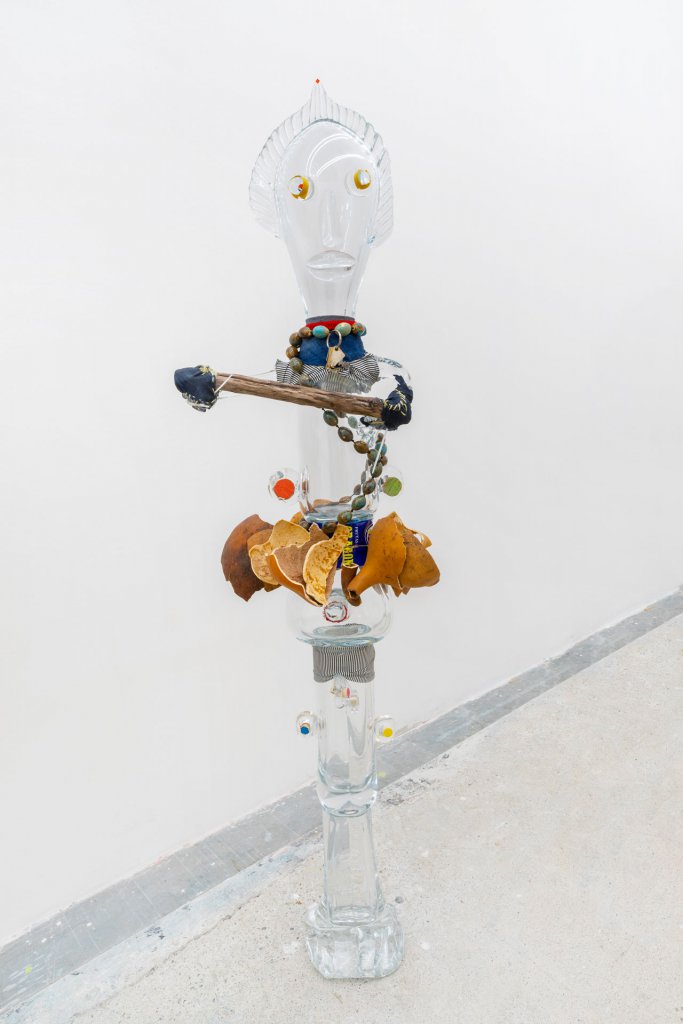 Pascale Marthine Tayou chooses to use recycled materials that he considers “retranscriptions,” as if the objects had their own soul that was constantly evolving, capable of exposing them to endless mutations. He wants to help us to perceive materials and objects in a different way, also implying their different cultural provenance. Thanks to their juxtaposition, he underscores the importance of recycling for the good of the environment, while at the same time managing to combine different places and times.

Totem Cristal exemplifies this research. Akin to the other crystal sculptures in the series that it is a part of, it is adorned with recycled objects from far-flung territories and distant times, referring to both Africa and the West, since these works were made in Colle Val d’Elsa in Tuscany.

Pascale Marthine Tayou lives and works in Ghent, Belgium and in Yaoundé, Cameroon. Ever since the beginning of the 1990s and his participation in Documenta 11 (2002) in Kassel and at the Venice Biennale (2005, 2009) he has been known to a broad international public. His work is characterized by its variability, since he confines himself neither to one medium nor to a particular set of issues. While his themes may vary, they all use the artist himself as a person as their point of departure. Already at the very outset of his career, Pascale Marthine Tayou added an “e” to his first and middle name to give them a feminine ending, thus distancing himself ironically from the importance of artistic authorship and male/female ascriptions.